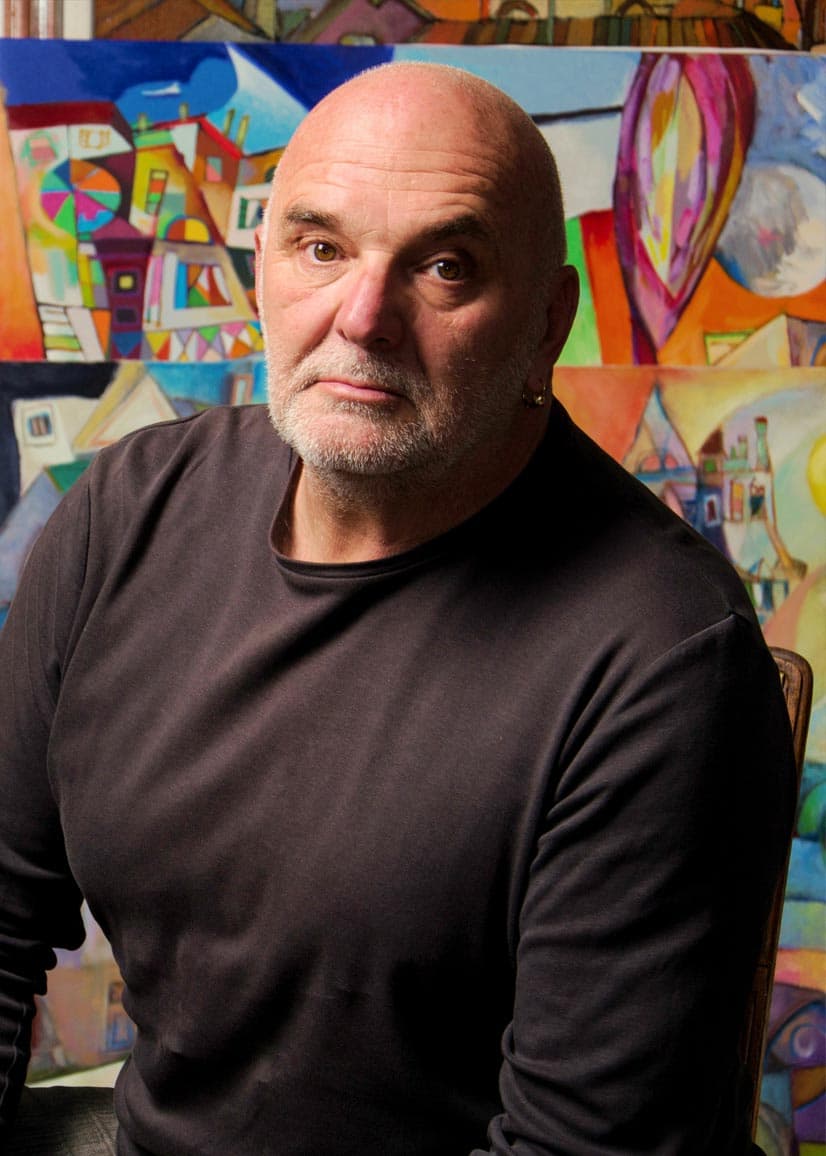 “Art would not exist without the ability to express an idea or concept.”

MILJENKO BENGEZ was born in Zagreb (Croatia) in 1954. In the eighties he became engaged in art painting. From 1984 to 1989 he studied oil painting skills in Professor Vilim Svecnjak’s atelier. His first one-man exhibition was in 1987, in Ljubljana, Slovenia, in the Club of Cultural and Scientific Workers. In 1990 Bengez leaves for Florence, Italy, where in Campo del Restauro “ Lorenzo de Medici” in professor Paseri’s studio, takes over and completes a program of paintigs restoration. Terminated his education he leaves for New York where he accept an offer from “S.E. Feinman’s Fine Art Gallery” for a long term cooperation. Staying in New York until 2000. he exhibited alternately on joint and one man shows in the United States, Italy and Croatia. Since 1997 he started editing silkscreens with the gallery “L’Incisione” in Milan, Italy, and after numerous editions, “L’Incesione” published a monograph entitled “BENGEZ”.

Since 2001, the “Free Art Gallery” from Udine (Italy) organizes one man exhibitions of Miljenko Bengez all over Italy, thus establishing his name on the Italian art scene. Until today, Bengez has exhibited in more than sixty one-man shows. His paintings are an integral part of many private art collections in European countries, as well as in USA and Japan. From 1994 he is a member of the Croatian Artists Association.

During 2019 and 2020, organized by the Croatian Consulate in Istanbul, with the support of the Ministry of Foreign and European Affairs, it realizes 5 solo exhibitions in Turkey (Istanbul, Izmir, Antalya, Ankara) under the common name “Mediterranean connection”.

“Art would not exist without the ability to express an idea or concept. My work is a constant search for the best way to interpret my ideas about myself and the world I am surrounded by. Knowledge always changes. Each piece I create is simultaneously an extension of the past, of where I’ve come from, my personal experience, reflection of places I have visited and of what I’ve learned there, as well as my vision of the future towards which I’m going. I do not limit myself to only one medium or style and usually I don’t have a bright idea of the picture in advance. Often, my paintings start with an idea of a color, then evolve into compositions in which color is the primary subject. I am depicting, but I am not a photorealistic painter. As an artist, I am allowed to change things. It’s artistic freedom. To me, art is a synthesis of my feelings, the subject or colors that inspire me and materials and techniques I use. I just let it happen — sometimes waiting, sometimes wandering around until the right moment arrives. Once my painting is finished and exposed and viewers stop for just a moment to observe it and reflect on a painting I have created, then I can say my work is well done.”